Note: to learn a little about Nekodra (The Oc) before reading a short story on her please take a look a the page titled WOTDS Guide, give you an idea what the WOTDS is and about Nekodra the character who stars in my WOTDS. Link to the WOTDS Guide 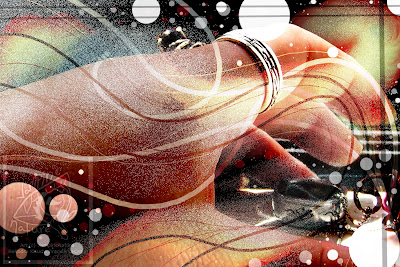 Page of other WOTDS
Page of other Short Stories
Afterword
I don't really have much to say at the moment, I know what a shock. No new Psych episode to yammer about, I finished re-watching Red Dwarf and the new season isn't till September. I am re-watching Couplings as I work on this, but after I post this, I am going to take a break and re-watch some Firefly. Oh yeah, I still need to catch up and watch Castle, I am only half way through the first season. I believe in January is when the second half of season 4 will start, I will have to check that.
As for todays WOTDS, I don't know if that will be cannon or not, it certainly was fun to write. Don't ask, I have not idea what object is and why Nekodra is stealing it. It was just an amusing idea that fit for the words for today.
As for the title, *shrug* seemed amusing and worked for the subject of the story, kinda. lol, just want sort of popped into my head when I looked up and saw I had yet to title this post, thinking what should I name it, and pop there was a title.
Okay, like I said, I can't really think of anything to say. I am going to go watch Firefly now and play Angry Birds seasons, which I have completely mastered this years advent calendar so far, three stars on the 20 unlocked levels, and all the feathers. But its fun to go through and see if I can beat my own scores. ^_^

Night Readers!
Here are the side notes:

-Follow me on Twitter, because I will tweet every time I post on my blog and I will post a link.  Nekodra's Twitter and remember Sharing is Caring, retweet to your friends if they might enjoy this.
-
-If you have never seen Psych, and you love comedies or crime shows, I highly recommend it! Currently on a mid-season break and will return on Leap year, Feb. 29th 2012. So excited here is a Link to a trailer for the second half of season 6.
-
-Also if you have never seen Red Dwarf it’s a great British Sci-fi comedy, and a new season after many years will air September 2012 for Red Dwarf X. So excited they are currently filming, can’t wait!
-
- Please remember feedback, I can’t grow as a writer from silence.
-Also remember unless stated otherwise, these stories and drawings belong to me, I wrote/drew them, please respect that.
~Nekodra K.D. LaCroix
Posted by NekodraKDLaCroix at 9:41 PM