WOTDS – Words of the Day Stories
So on Fanfiction.net many people are doing a collection of short stories based of the word of the day and I though perfect, I need to write more and I haven’t had many ideas -so- when I need to get the creative juices flowing I turn to WOTDS. Using it to get ideas to come to mind. Its amazing how well having something like a few words can jolt an idea into the mind, at least for me it works pretty well when I am short on ideas. Most of these stories are going to involve my Oc Nekodra in some way, at the bottom of this page are some pictures of her and a short quip of her Bio. I figure I can double dip and also use these to practice and flush out writing about Nekodra more, because she belongs to my series titled Dreaming Reality, that I plan to write and has been bouncing about in my head for 6+ years, but I can’t seem to just sit down and write it. So maybe this will help, not all of these are going to be canon to my world Dreaming Reality, but some might become part of it, depending how much I like it. So sort of take these with a grain of salt, ya know? And some won't even involve Nekodra at all, but random new characters that may end up a story of their own. Maybe.

Also yes, me and Nekodra share our name. That will.... eventually make sense. If/when I do eventually publish her story.

Side note: I have an app on my iPhone for words of the day, that has English and a few other languages, basically a collection of like 10 words of the day, so I will pick about 4-6 for each story, depending on which I can get to mash together. I have put my own little spin of short stories using words of the day, instead of word of the day. ^_^ Hence WOTDS.

(Note: they will be missing any special markings above letters because I don’t know how to add them, heh. Sorry. Also some I can’t type the word, but I will give the language and definition.)
-----

December 19, 2011
Ethereal- Of or relating to the heaven: heavenly.
Being light and airy: delicate.
Ectype- A reproduction; copy.
Venatic- of, like, or pertaining to hunting
Failing- A flaw or weak point
Veritas (Latin)- Truth
(Arabic)- Lesson
Souchou (Japanese)- Early morning

January 4th 2012
Headlong- With the head foremost.
Without deliberation: recklessly. Without pause or delay.
Yue (Japanese)- Cause, circumstances.

January 11th 2012
Kudos- Fame and renown resulting from an act or achievement; Prestige.
Expostulate- To reason earnestly with someone against
something that person intends to do or has done.
Olua (Hawaiian)- You (two people)
Aetas (Latin)- Period of life, age, time
Crionna (Irish)- Wise

Feb 14th 2013
Heartstring- The deepest emotions of affections usually used plural.
Desiderare (Latin)- To Desire
Heart- a hollow muscular organ of vertebrate animals that
by its rhythmic contraction acts as a force pump maintaining
the circulation of the blood
Valentine- a sweetheart chosen or complimented on Valentine's Day
Love- Affection and tenderness felt by lovers

Height: 4’10”ft
Species: Cat demon turned Vampire
Married to: Captain Viix Vladkin Ivan Dracula
Sexual Preference: Personalities/Vampires, ‘Its matters not what someone looks like or what they are, but their personalities, their soul, and if you love them; but I will admit if you are a Vampire and I can see your fangs, I will jump you. Just saying, I may value personality above all when it comes to love, but everyone has their fetishes.” -Nekodra
Loves: Vampires, Vampire Kisses, Storms, People who make her laugh, Lemons/Strawberries, October/December, Space, Traveling, Jellyfish
Fandom <3's: Count Vladislaus Dracula, Anakin Skywalker, Victor Von Doom (movies), Prof. Severus Snape, 10th Doctor, Commander William Riker, ‘Psychic’ Detective Shawn Spencer, Head Detective Carlton Lassiter, Lenoard Hofstadter (note: She tends to image those not Vampires that they are Vampires. >.>)
Fandom crushes: Arnold J. Rimmer, Juliet O’Hara, Magenta, Captain Jack Harkness, Stefon, Justin Vincenzo Pepe Russo and many more that she wouldn’t mind jumping and at least getting a good snog from. 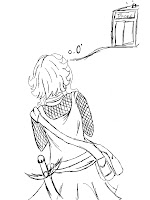 Dislikes: Sun, waking up, spiders, close-minded people, complete egotistical asshole pigs
Weapons of choice: Batchette (the name of her machete) & Fire
Dream: To Travel the Universe & also would love to meet her fandom <3's or just to meet new people. She also wishes to know what it would be like to have father, and she took a shine to Lucien LaCroix, and has recently taking a shine to Henry Spencer. She believes both to be the ideal father and wants to be adopted by them, even though she is an adult and doesn’t need parents, but that doesn’t mean she doesn’t want a father.
Favorite color: Iridescent blue is #1, but loves all colors but yellow and brown.
Favorite Flower: Passion Flower
Also: probably 87% Insane 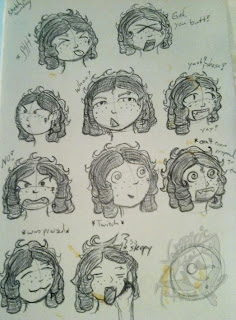 ‘Nekodra’ was in a coma from birth till about the age of 16, and at some point was then was turned into a Vampire by her husband Captain Viix Vladkin Ivan Dracula. Nekodra was in a coma, because her soul was suppose to go to that body, but because of someone cursing her in a past life, was forced to be trapped in a mortal body on earth, and in 8th grade she accidentally connected to the body her soul was suppose to go to and is now able to switch into it when she sleeps.

She possesses the elements of Fire and Lightening. Lightening comes from her mother and fire from her father- she has never met them, and assumes them dead. But, she can really only use fire, which she is outstanding with it, and never uses lightening. Sometimes when she is really angry it appears as though her fire sparks, but that is the extent of her lightening uses.

Because she has an abnormal abundance of energy, and can't use it efficiently, those who can see energy will see the bubble like drops of energy falling of her all the time. She has tried to control that, but hasn’t had any success. But she can manipulate her energy into solid objects, and this is how she gets her cloths, her Batchette, and most any other object she has. She can also act as a battery for others. She often refers to herself as “The Human Copy-machine”, “The human Battery” Or “The human Bon-Fire” even though she is a vampire, but human sounds better when you say it, and technically she has been human a lot longer then a Vampire.

She is determined to travel to any and all worlds/parallel realms/planets etc. she can get her hands on, and she is also determined to find the pockets of universe that holds those she wishes to meet, because she believes everything/everyone that does exist, has not yet existed, and will never exist, are somewhere in this vast universe, thus when someone creates a book/movie/game/etc it creates a another world, like how parallel realms work, for every possible choice that is made/never made/can be made, plays out somewhere in the universe- and so she will find them, just to have seen and talked to a few people she wishes to meet and just to experience anything/everything she can, see as many strange worlds she can step onto.

"Our Milky Way Galaxy is but an atom of dust in an endless mansion that in all of existence has never been dusted." 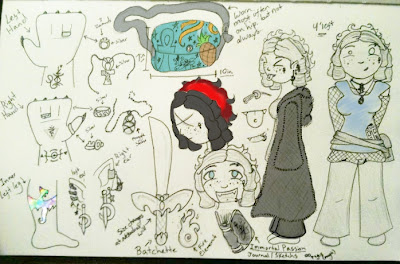 -There you go, a decent taste of Nekodra that way I can focus on the short story idea, instead of worrying about explaining about Nekodra and such, make sense?