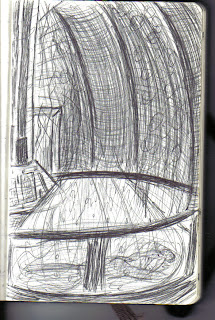 (For some reason this post decided to change it publish date from January 1st to the 20th. WTF.... okay fixed)

December 31st 2011/January 1st 2012
WOTDS
(Note: Today I borrowed past days words, because I haven't done this is a while and as a challenge/Punishment, [though it was due to computer issues] I am challenging myself to do 12 words in one story, also as celebration for a new year, I was thinking 20 or 32, but one that is a hell of a lot and I only have 25 to pick from so, we will go with 12.)

Natalie said at her computer, her face a glow in white and a dash of yellow, from the bulky screen of her computer in the dark room; a game from Neopets was open and she was lazily playing pyramid solitaire and owning. She toyed with heading to the forums a perhaps finding a Rp to join, but she was in a more of a lazy mode tonight and wasn't in much of a writing mood, even though she sort of wanted to.

Pausing for a moment she reached over a picked up a worn with several haphazardly sewn holes in bright red thread that stood out against the blue and green of the Seattle Mariners logo. Running her fingers through her mid-back length light brown hair with blond highlights before she pulled it back into a low pony tail, wrapping the scrunchy tight around it, the clanking of rocks where heard. When the holes appeared, she decided to stash a few small stones, two hematite and one tigers eye inside so she wouldn't loose them and could always keep them nearby.

Sighing, she went back to the game. Then a thought struck and she spun quickly in the small blue computer chair to face her white block of a tv with a build in vhs player, and a new silver rectangle of DVD player wider then the tv, balanced carefully on top of the CRT. She rolled over and pulled down the large black CD case from its shelf next to the Tv which sat on her light brown wooden dresser, intuitively flipping through the pages till she found DVD she was seeking; out of the small collection she was starting to build. The best movie to overcome boredom.

Pulling the Dvd out, she popped the film into the player, turning everything on and grabbing the remote from the shelf after she placing the cd holder to its original place, rolling back, closer to the computer and hitting play. Already remembering and watching the movie in her mind as the music started and the opening scene played.

Then her favorite part, when the pulcher corpus of Lestat appeared, the back, but him none the less. blindly reaching behind her, turning of the monitor of her computer, she stood up stretching, and dived onto her bed to snuggle into the multitudes of blankets scattered on her bed, most of them consisting of down comforters, sighing in content from removing the cold then had settled in the room.

The snapping of a neck, the pimp was pulled from view, and Louis sank down and fell to the ground, in a daze, then there was Lestat in view and he drank deeply from Louis for the first time, made her lick her lips, feeling as though her throat was dry and thirsty, getting lost in a day dream. Feeling the usual sensations that pulsed through her body whenever Lestat fed.

Suddenly digging through her bag that lay in the corner of her bed against the wall, retrieving a small notebook and a black uni-ball pen. Feverishly scribbling down notes, in her inconsistent and barely readable handwriting.
(end)

Yeah, today's WOTDS is kind of boring, but I figure I always do Nekodra and Natalie should get a little attention, seeing as I haven't really written much of the being of Dreaming Reality, and I probably should.
So that's it for today, back to hanging out with friends. Which by the way, I spend a little of tonight in a place called AFK, it was awesome. The 10th Doctor was full of delicious flavor (it was a drink called the Sonic Screwdriver (10th Doctor).

I hope this year brings jawsomeness to you all!


-Follow me on Twitter, because I will tweet every time I post on my blog and I will post a link. Nekodra's Twitter and remember Sharing is Caring, retweet to your friends if they might enjoy this.
-If you have never seen Psych, and you love comedies or crime shows, I highly recommend it! Currently on a mid-season break and will return on Leap year, Feb. 29th 2012. So excited here is a Link to a trailer for the second half of season 6.
-Also if you have never seen Red Dwarf it’s a great British Sci-fi comedy, and a new season after many years will air September 2012 for Red Dwarf X. So excited they are currently filming, can’t wait!
- Please remember feedback, I can’t grow as a writer from silence.
Also I would love to just talk.
-Also remember unless stated otherwise, these stories and drawings belong to me, I wrote/drew them, please respect that.
~Nekodra K.D. LaCroix 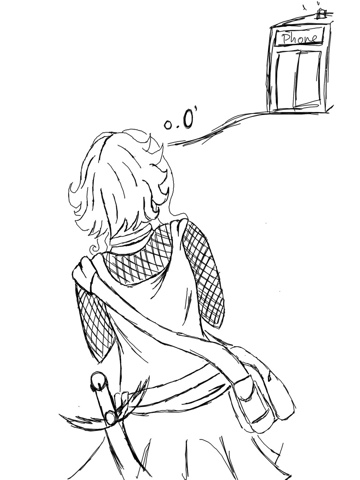 Posted by NekodraKDLaCroix at 2:00 AM