Saving the Princess Since '94

I don't actually recall the exact year I started playing Mario, but I know I was around 5 years old at least. Though my first video game was duck hunt. lol. But I remember playing Mario with my mom on our Super Nintendo, which I still have. I recall getting stuck and asking my mom to help me, which thinking back on it seems odd, because I from 8 years old till 14, I stopped playing games, sort of. I have almost always had a Nintendo handheld, the pocket, the color, the advanced, the SP, then DS lit, now the 3DS, and I always had one, I may have skipped the original DS or the DSi, but I still had one, and always on my person. I also played odd end games off sites like bored.com or Neopets. But I didn't really realize that I was a gamer, I just of played and I loved playing. I didn't know RPG, Casual, FPS, etc. But I knew Mario and Pokemon, and I played the hell out of those games.

But I went through a strained relationship with my mom, and now that I look back, and seeing my mom as I have come to see her, then back to when I was 5, she doesn't seem the same person, and it doesn't seem possible that was her. I do remember playing Street fighter on the Super Nintendo with my dad. I have always had a mix of interest. I bounce from interest to interest. I love almost all types of music, I love most genre of movies, and I play all kinds of games, I love both Stars and Star Trek, but Stars Wars was my first, and some days I seem girlish and some days very tomboy. (Not to say I don't have what I enjoy most.) I am both innocence and evil. I have come to call myself a walking contradiction, because while I stand firm in what I enjoy and what I believe, I can appear very inconsistent and on top of that I tend to stand neutral, yet opinionated, but I don't talk much, and I appear weak because I am too shy to speak up. Apparently I look either pissed or 'cute', but I know an array of emotions, I just don't show it and often I look the opposite that I actually feel, but not always.


I had a strained relationship with my mom because I have a very boyish side, and that side I tend to show the most, and she couldn't understand that. She wanted me to be girly, because I am a girl, which because she pushed so hard to make me act more like a girl, because that's what I am 'a girl so act like it', I think that's why my boyish side became so strong, because I had to fight to enjoy things like climbing trees, playing with hot-wheels, horror movies, etc, that it ended up with a hatred for being girly. The irony is, if she hadn't pushed so hard, I would probably be more accepting of letting myself by girly. but she pushed and pushed, and I just wanted to be me. I have, relaxed a bit more in my hatred of girly things, but blue will always be my favorite color, and I will always cringe when I see pink. 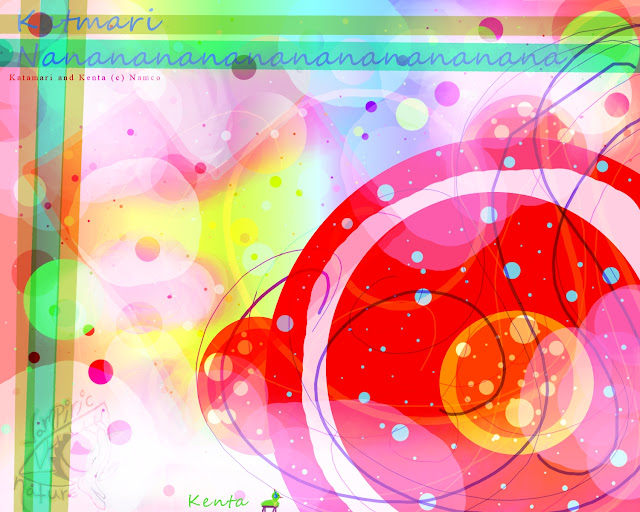 Katamari, Angry Birds, Pokemon, Kingdom Hearts, Mario, and Puzzle Quest, currently some of my top favorite games.
--
I don't really know how I got on such a tangent, other then I wanted to talk about Mario, because with the new Mario land 3D and Mario kart 7 3D, I have been playing a lot of Mario and it amuses me that I have been saving the Princess since I was about 5 years old, and she is always in the other damn castle! XD

But anyways, here is todays WOTDS:


(My apps didn't update today, other then two of them, so that's why I only have two words today.)

Headlong- With the head foremost. Without deliberation: recklessly. Without pause or delay.
Yue (Japanese)- Cause, circumstances.

She drummed her fingers on the desk, eyes half open, and a blank expression cast over her pale face. Staring at the empty, blank brick wall, there weren't even grooves in the surface, no pattern to create images, just cool, smooth, gray panels arranged like a brick wall.

She rolled her eyes, fingers paused in mid-drum then flattened against the desk. She pursed her lips, trying to think of anything to take her mind off the mind-numbing boredom. Giving up, she let her head slowly fall the desk, arms sliding off and dangling to her sides. A feeling of fuzzy numbness washed over her.

Her eyes suddenly snapped open to meet complete darkness. Even with her excellent night vision, without any form of light, there was nothing to reflect off the surfaces to allow for vision. She tried to keep herself calm, not letting herself hyperventilate, not that she needed to worry about running out of oxygen, but it was still an unpleasant thought. Her body still preferred oxygen over carbon dioxide, it tickled weird.

She closed her eyes again, taking a steady breath, taking stock of her body. Start with the feet, I can move my toes, good. Feels like my socks and boots are still on. Not naked, good. I can feel the wrinkle of my pants, silk of my shirt. Can't fully move my legs. My knees can bend, I can put distance between my knees, so my ankles are bound. I can feel something solid below my feet, something solid just a few inches to my right, and to my left, near my feet. Though duh, if its so dark, with the oxygen slowly becoming overcome by carbon dioxide, clearly I am in a box. But how did I get here?

The night before crept back slowly and she went to face palm, I am such a reckless idiot. but found her wrist were also behind her back. Way to notice that. Great, I can't create anything, I can't save myself with my hand bound and I can't see what I am doing, now what?
(end)

I am too lazy and not in much of a writing mood to actually write what happened or more try and think of exactly what she did. Lazy mood, I just want to play some games and watch the House marathon on Cloo. But, I had to write something, cause I should write something everyday. So I am proud I didn't completely give into laziness, I still wrote something. Its not epic, or amazing, but its something.

Have a wonderful evening! Here are those side notes:

--If you have never seen Psych, and you love comedies or crime shows, I highly recommend it! Currently on a mid-season break and will return on Leap year, Feb. 29th 2012. So excited here is a Link to a trailer for the second half of season 6. Seasons 1-5 are on Netflix.

--Also if you have never seen Red Dwarf it’s a great British Sci-fi comedy, and a new season after many years will air September 2012 for Red Dwarf X. So excited they are currently filming, can’t wait! Seaons 1-9 on Netflixs.

-- Please remember feedback, I can’t grow as a writer from silence.