Forward
See, I told you I couldn't actually stay away for long. lol. I have been working a decent amount on stories, though I was pretty sidetracked by watching Wizards of Waverly Place. Also struggling with feeling like a slight creeper for completely crushing on Justin Vincenzo Pepe Russo (which is waaay too much fun to say) but I am actually a few months older then the actor David Henrie, who plays him and the character does hit 18 at some point, it never mentioned exactly when but once his younger sister said she was 17, then Justin had to be 18 and I think that was in season 3 somewhere, I don't recall exactly. I plan to re-watch the show again. <.<;; *cough*


.....Anyways, while being distracted I have still been working on stories. I have made some decent additions and written a possible ending to Modern Day Revealed, which I have finally renamed and I think I like it, Modern Day Magic. There is still a lot to work on plot wise, but I have how I want it to end and some more scenes, but I am missing all of the middle. >.<# But I will get there. ^_^ I have names now for the characters too, well, I like one of the names- no actually they do both work. So yes, I have names finally. First names at least, still on the fence about last names- Scratch that, I just thought of last names and I think I like them. What do you think of these names:
Cole Henries & Amber (Ember) Rosalin Snow
Her name is Amber, but her friends call her Ember or Em for short. 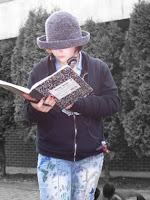 So I was bored and decided to google my pen name, Nekodra. Mostly just to check and make sure there isn't a website or anyone else using that name. The first few pages (which is all I looked at) its all me, pretty much but for a about 3 and a few where just picking up the Neko part. But while doing so, I found what remains of a project from high school with my friends. Sadly we can't find the whole video, the laptop ate it or something. Sad. I can't believe we didn't make copies aside from the one the teacher kept. I still kick myself about that. I keep toying with going to the high school and seeing if that teacher still works there and if he still has the copy we let him keep, so I can copy it onto my computer. Haven't done it yet >.< I should. But we still have a few bloopers, which my friend had posted to youtube a while back and I had forgotten about it. Here it is, if you want to see me playing Hades. Well a really short blooper reel of me as Hades, there is better stuff in the full video. It was fun and I really wish we had all the video from it. If I do manage to get my hands on it, I will share.


Being a actor looks like so much fun. I love movies/shows, and I love seeing all the behind the scene clips I can get my hands on. Acting was on my list of what I want to be when I grow up for so long, still mostly is, but when it comes down too it, I don't have the guts to really try. ^_^; I was in an Annie play once and I loved it! I really did. I just played a small role as one of the orphans, but it was so much fun! I will never forget it and I would love to be in a play again. I also wish I could go to plays more often. Though I doubt I would get a role or the guts to audition. One day though, I would love to just appear in a movie or show, just once at least. Preferably as a Vampire or a witch, anything supernatural really. ^_^; At least once in my life. I am only 22, there is still hope. Maybe I can write a script and maybe they would let me at least play a character that appears in one scene, like Stephen King does and I think others have too, I just don't recall or just ya know, don't know what they look like. I have already added attempting a script to my list of things I want to write. A week or two ago it crossed my mind I would like try and challenge myself to write a play, now I have another reason for writing a script. In hopes of it getting picked up so I can play a small role if it gets picked to be a movie. 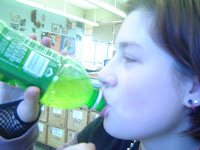 Anyways, I have yammered to you enough. I am working on my stories, and I have edited the first few posts and now I will go write a WOTDS for you, my readers to post with this:


Okay now that the power is back, after being out for an hour or so, I can finish my post and tweek the WOTDS a little more and finish this. Also I just found out from a friends sister who currently attends Snohomish High, x.x she is sure the teacher retired. Gah! noooes, that sucks! I may never get my hands on that video again.


Here is todays WOTDS:
(Which don't expect much, its...randomish.... and my inspirations are focused on my stories I can't post here, so its hard to write anything else. >.< )

“What has happened to me?” She stopped in mid-step as it dawn on her, with her head looking to the ground.

“I need to change again, no not change but become what I once was. What happened to the depressed but bubbly and happy teenager I used to be? Where is my bubble? Those were such great times. Sure it had its lows, but what matters is the over all. I miss it. I miss high school, I miss that life. Sure I was suicidal for a while, okay a long while in high school after what happened, that admittedly still lingers. Though for different reasons. But when I was with my friends I could forget. When I was with my friends I knew what happiness was, what content was. I was myself. I could actually be myself.” A tear slipped down her cheek.

“Screw the crappy things, screw the depression! I maybe stuck here, but I should enjoy it. It maybe not be my dream, but I have realistic dreams here as well. I should go through with them. I should take in the experiences I get from this world and live.” She leaned against the tree, looking up at the snow covered branches.

“I have let the world harden me. I am like some bitter old man. I have let the loss of the connection to that world get to me. I have become too cynical, too wrapped up in the negative.” She paused again at the realization.

“I've been away from my friends for too long.” She slowly sank to her knees, ignoring the chill seeping through her pants.

“The loss of my friends. My loves. I may not have actually got to see or talk to some of them that often. But what mattered was I knew they were there. There was so much there. Now, its hard to know. But that shouldn't matter.” Standing up, brushing off the clumps of snow.

“I can't let it bring me down. I will see them again, it maybe a long while. A life time. But I need to bring that spastic bubble back. I love to laugh. I love to be full of energy, so why did I let that slip away. This isn't me. I want to be what I was. I want to enjoy things again, despite how crappy this is, despite the negative, because it will only get worse if that's all I focus on. Thinking negative only leads to more negativity. I have said it before, but I really need to feel it; being positive will lead to good things.” She adjusted her messenger bag that clung to her shoulder.

Determined “I control my bubble of a world, and I need to get back to what I enjoy and I need to love what I enjoy. It may not be how I want it to be, it may not be perfect, but what matters is I enjoy it. I have my thoughts, my own little world and what will have to- no will do for now. Don't focus on what I can't have, but focus on what I can bring to myself.” Looks around nervously.

“I should also stop talking aloud to myself, people are going to think I am crazy.” Pulling her jacket close around herself, she walked off. 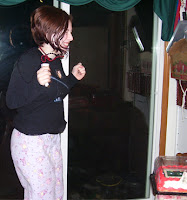 Like I said, kinda seems random. A monologue. I hope the emotion comes out, or more the torn bouncing emotion and realization. ya know? Does that make sense? I hope so. ^_^;

Now that I have internet back, I may pop over and watch more Wizards of Waverly Place, which by the way. I want there to be more, there so easily can be more. >.< But all my research has led to no. But, I can hope, right? ^_^; Heh.

Here are the side notes:

--If you have never seen Psych, and you love comedies or crime shows, I highly recommend it! Currently on a mid-season break and will return on Leap year, Feb. 29th 2012. So excited here is a Link to a trailer for the second half of season 6. Seasons 1-5 are on Netflix. Also, YAY officially confirmed for a 7th season!

--Also if you have never seen Red Dwarf it’s a great British Sci-fi comedy, and a new season after many years will air September 2012 for Red Dwarf X. So excited they are currently filming, can’t wait! Seasons 1-9 on Netflix.

-- Please remember feedback, I can’t grow as a writer from silence.
Any tips, suggestions, would be loved.
You can also email me at Nekodra-blog@hotmail.com 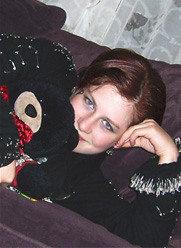 Posted by NekodraKDLaCroix at 6:16 PM