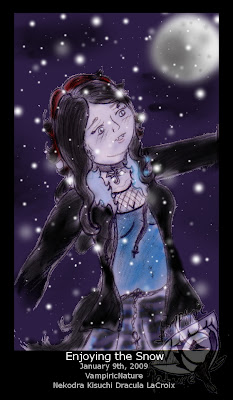 Its been beautiful and continues, the snow just won't stop. For those who don't remember, I live in Washington. Beautiful rainy Washington about 40miles from Seattle. I live up a hill from town, so I have gotten over a foot of snow at my location. Others maybe going stir crazy, but I am rather content. Watching the snow fall and working on stories, or just playing World End With You on my Ds or reading on my kindle each time the power goes out, which has been often. Mostly I have been working on Modern Day Magic, which has surpassed 7,500 words. Whee! I have a few different sections of the story written and slowly filling in the gaps. I have said that I have the ending written, but its slowly wearing me down to not end it as such but have that be near the end, but not the end. I don't want to say anything to spoil it for those who want to later read it when its done.

Anyways, I am making good head way on it, there is now another character, Ember's brother, Edward Aiden Snow. Slowly this short random musing is actually turning into what I hope is a decent story. The actual over all plot is on the tip of my tongue, I just can't quite word it yet, but its there. I can see it. It involves an Evil Queen, and it sounds fun, and now has a hint of a fairy tale theme mixed in. <.<; Yes, I can be easily inspired by things I recently watch. Like Wizards, its now a story with vampires and witches, because of how much Wizards of Waverly place I have been watching. I love magic, what can I say. And I can't help but want to give it a bit of a fairy tale feel, because of Once upon a Time. ^_^; Like I said, I have a fun idea involving an Evil Queen, I just can't quite word it yet.

If you want to compare the new edited beginning to what the beginning started as back on Christmas eve here is the: Link
I like to think it looks a lot better now then the bare bones start it had, what about you?


Here is a sample from the re-working I have been doing to Modern Day Magic, here is what part of the first page looks like now:

'No fucking way, your a goddamn Vampire!' Ember covered her mouth in shock of her own outburst and swearing at a stranger. That wasn't like her. She swore yes, it was just rare and certainly not around people she just met. You never know how unstable someone is and what could set them off.

Amber (Ember) Roslin Snow was simply walking home from today's classes. Thursday, first of the evening creative writing, a 45 minute break then 2 hours of graphic design, so the fun easy day of classes. Yay. When she happen to glance sideways slightly to the right. This small but important tilt to the side resulted in catching movement out of the corner of her eye and there he was; her childhood (adulthood) 'If you could be a superhero what power would you wish for?' Pfft superhero, open that to supernatural creatures so I can answer Vampire; standing before her.

Her excitement sort of bubbled and took over, which resulted in cursing at the guy. Way to make a great first impression, smeghead. Inwardly she winced at herself. And I really need to lay off so many re-watches of RD. Or British shows in general, I am not British, I probably shouldn't pick up the mannerisms.

Mentally shaking her head. That isn't going to happen. I love 10th Doctor too much to not go through those seasons now and again, not to mention while 11th can't replace 10th in my heart, I still love the show too much not to watch the new episodes. Which also leads to of course watching the spin off-- She tsk'd herself. What am I doing debating with myself? An actual blood-loving-creature-of-the- night vampire is standing in front of me and I am arguing with myself about my love of a certain incarnation of a Timelord and my odd crush on a Hologram with my bad habit of picking up mannerisms from a culture I don't belong to. Have I lost my mind?

I don't have to worry about that right? Its not like the story is about these shows, its just to sort of to try and make this story humorous and relatable or something- if that makes any sense? And well, I personally love these shows and its at least funny to me making all these references, perhaps I am the only one who finds it funny? >.>;;

I know it still needs work, but its getting there...right?
Does it grab your attention, do you want to read more?
Should I post a little more of the story?

Please tell me, I know the first page is important. I have put down books because the first few pages couldn't hold my attention, didn't get me curious enough. Which, actually if you know me, that's a feat in of its self; not being able to grab my curiosity, ouch. I have been know to finish horribly written fanfics just because the idea caught my attention enough to wade through the hard to understand butcher of the English language. Though sometimes no matter how curious I am, I do have my limits.


Anyways, reading the old version and reading part of the first page of the updated version, is this a story you would want to read? Should I show you another sample of the story, because that was kinda of short, in order for you to know?


Please leave some feedback, I don't want too get too proud of this story if its not interesting anyone.

^_^; I might be getting too eager about it, I am hoping to finish this one and perhaps have it be the first one I try and self publish. I hope at least, so far inspiration has been flowing pretty well. Cross my fingers it keeps up.


Have a wonderful day, enjoy the snow if you have any! Here are the side notes and then back to working on Modern Day Magic:


--If you have never seen Psych and you love comedies or crime shows, I highly recommend it! Currently on a mid-season break and will return on Leap year, Feb. 29th 2012. So excited here is a Link to a trailer for the second half of season 6. Seasons 1-5 are on Netflix. Also, YAY officially confirmed for a 7th season!


--Also if you have never seen Red Dwarf it’s a great British Sci-fi comedy, and a new season after many years will air September 2012 for Red Dwarf X. So excited they are currently filming, can’t wait! Seasons 1-9 on Netflix.

--If you enjoy silly Disney shows <.< me, a 22 year old is currently loving Wizards of Waverly Place. Netflix has the entire show, but for the show ending episode. Yes, sadly the show has ended. Its silly and Disney, but I am loving it. <3 David Henrie.  Netflix also has the movie.


-- Please remember feedback, I can’t grow as a writer from silence.
Any tips, suggestions, would be loved.
You can also email me at Nekodra-blog@hotmail.com


--Also remember unless stated otherwise, these stories and drawings belong to me, I wrote/drew them, please respect that.

Some pictures from my trek out into the Snowpocalypse with my dad to get groceries. Which I have to say, I am so glad I went. Its so beautifully destructive out there. Snow everywhere, in layers and truck loads. Trees frozen and pulling lines into the woods, or onto the road. I loved it. Gorgeous I would say. On the way home was even better because it was dark. It the kind of scene that sends shivers down your spine, reminds you of a horror movie. Loved it! <3 my pictures do not do it justice, fyi: 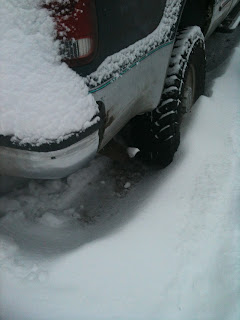 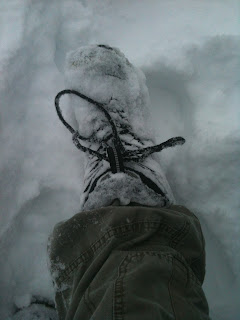 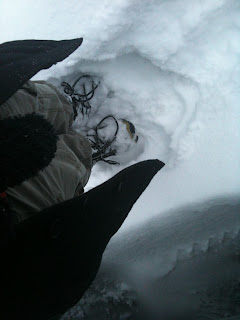 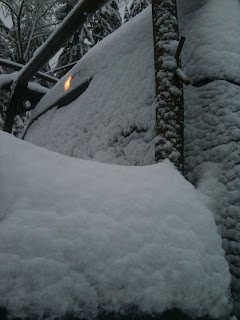 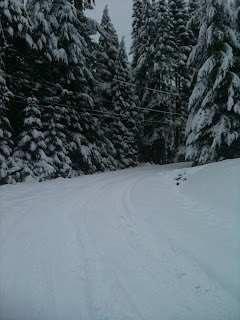 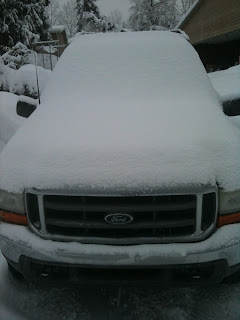 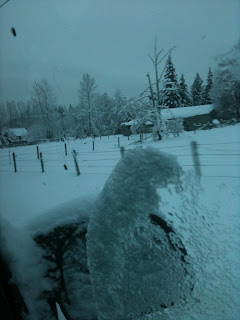 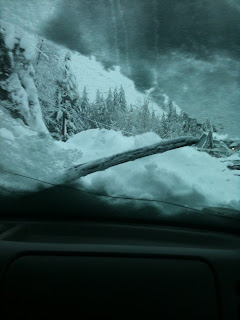 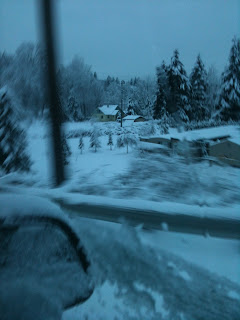 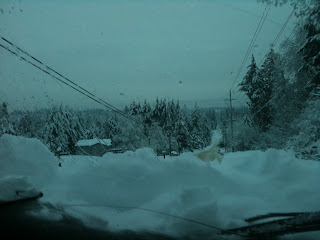 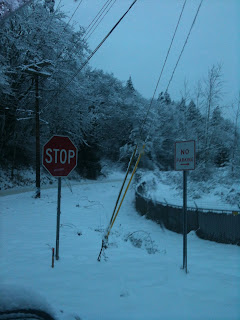 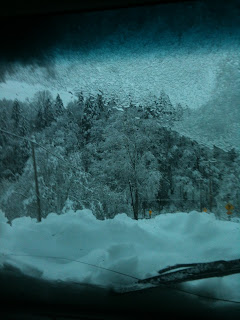 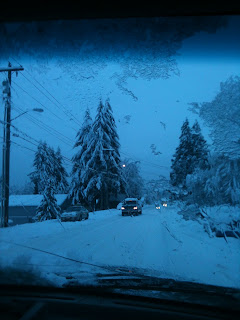 Posted by NekodraKDLaCroix at 2:09 PM